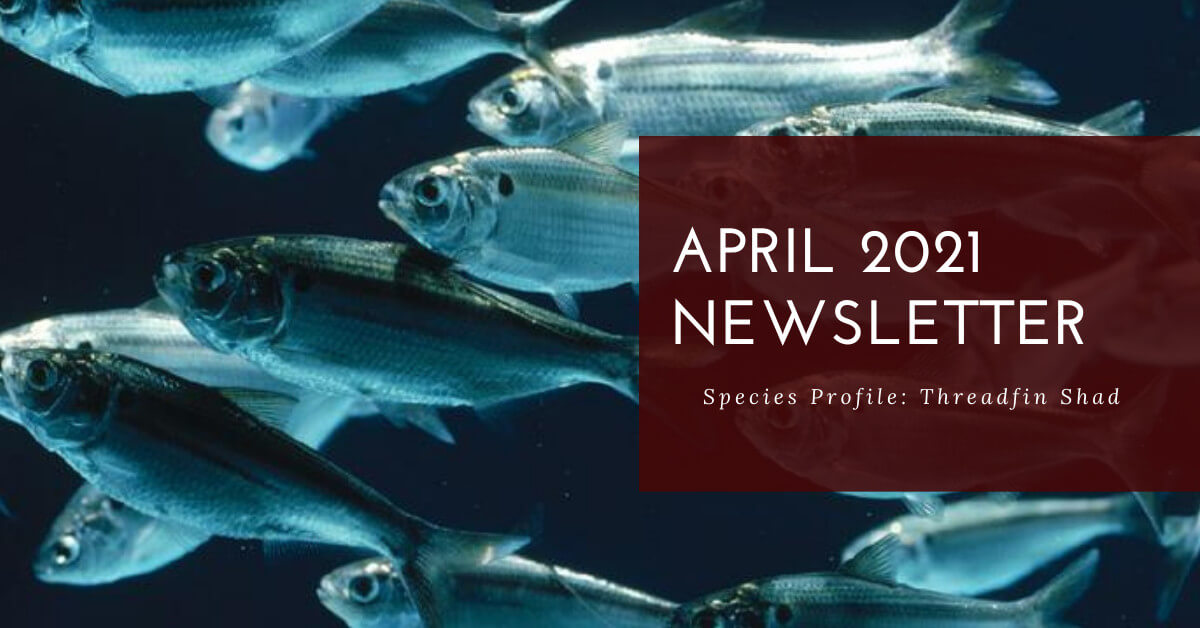 Greetings and happy Spring from Blessed Bayou! If you have ever received a fisheries report from us after an electrofishing survey, you might have noticed an introductory section on the report that highlights the importance of shad, specifically threadfin shad (Dorsoma petenense). These little silvery members of the Clupeidae are basically every predator fish’s favorite prey item. Below, I’ll detail a bit about this fish as well as how to best maximize its potential in your lake or pond to keep your game fish fat and happy.

As noted above, whether you’ve stocked largemouth bass, hybrid striped bass, crappie, or catfish in your lake or pond, threadfin shad are an irresistible prey item and a must in trophy largemouth bass fisheries. Many factors make these fish live up to its strong reputation. Firstly, these fish boast a high protein concentration, making them able to provide among the highest ratio of energy gained to weight consumed for predatory fish. Another factor that makes them so sought after is their size limitations. Threadfin shad also have a maximum size of around 6 inches, making even the largest individuals able to be consumed by most sizes of game fish. This is different from their close relative, the gizzard shad, which can grow much larger and not only be inedible by all but the largest game fish, but also can cause turbidity problems. Thirdly, their relatively soft bodies and lack of spines contribute to their preferred status by predatory fish. Fourth, they can spawn multiple times per year, starting in the Spring and ending in early Fall. As we know from the importance of bluegill, the ability to spawn multiple times per year is critical to maintaining a steady year-round influx of food for your predatory fish, especially largemouth bass. And speaking of bluegill, as an added bonus, adding another forage species to the mix will alleviate pressure on your bluegill population!

While we recommend threadfin shad to most of our customers, especially those attempting to create a bad-to-the-bone trophy fishery, there are some caveats about these fish. Firstly, threadfin shad are planktivorous at all stages of their life cycle, meaning that they require a good plankton bloom for much of the year to maximize their potential. If you are struggling to kick off a strong bloom, we would advise altering your water’s chemistry or adding fertilizer to your water body before stocking these fish, so that they have substantial food to eat. Next, these fish are not exactly masters of camouflage, and as such, they do best in murky waters where visibility is not too high either due to turbidity from plankton or inorganic particles. This way, they don’t all become dinner overnight for larger fish and are able to establish successfully in your water body. On a related note, these fish do best in lakes over 10 acres, and generally will do worse the smaller the water body they are placed in due to the simple fact that there isn’t as much space to avoid predatory fish in smaller lakes and ponds. Lastly, in an ideal world, the potential of these fish would be maximized by adding them to a new lake or pond before any predatory species are added so that they have time to establish.

As is the case with many species of fish we stock, we recommend stocking threadfin shad to our customers in the Spring, so that they may reap the full benefits of the reproductive season of these fish. While these fish will be a benefit in any lake in which they are stocked, they will provide the most lasting impact in lakes that are able to fit the above described parameters such as lake size and visibility. Call us today if you are interested in stocking these fish or wish to discuss with us the compatibility of shad with your lake. 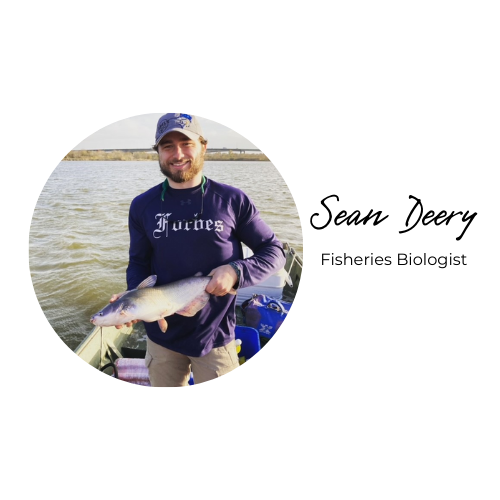