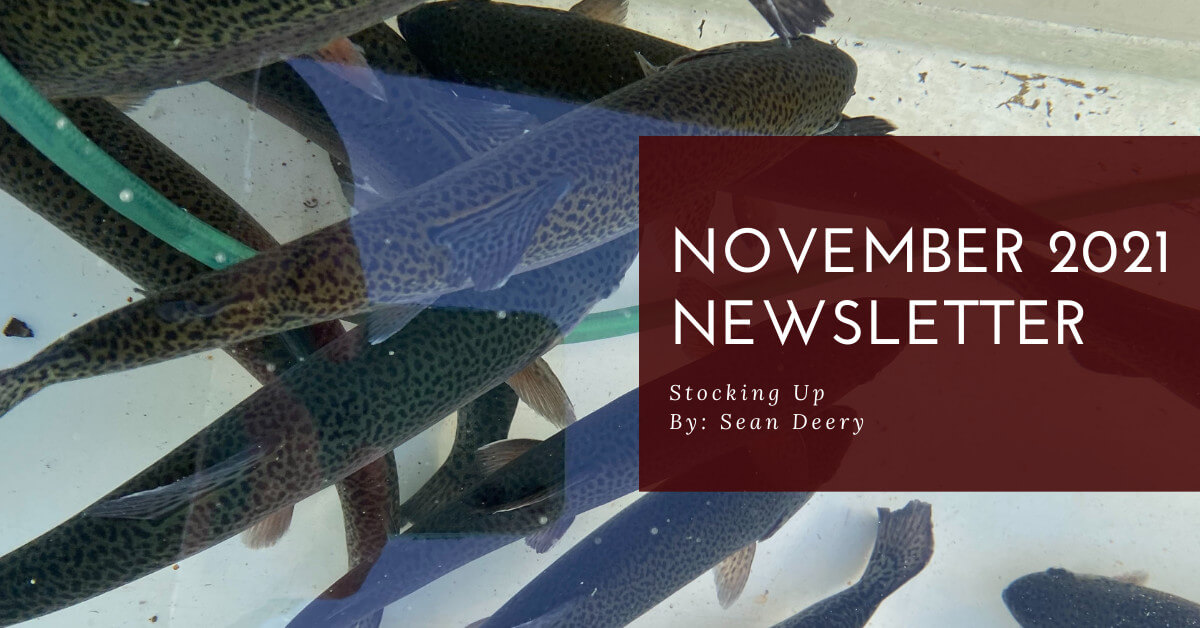 Greetings from Blessed Bayou! Can you feel it in the air? Finally, those cold fronts have started to move into Texas, bringing in cooler weather to the state and giving us a much-needed respite from the unyielding heat of the Summer. With these cold fronts, the water temperature in your pond or lake becomes more hospitable throughout, with surface water temperatures finally beginning to dip below 85 degrees once again. No longer as tied to cover for shade, Bass can begin tacking on some serious mass during the Fall in Texas, with Bass often topping out their relative weight in mid to late Winter.

You may recall from my “Angler Tips: Winter Edition” Newsletter which I wrote this past January that I told you about how Bass metabolism can slow down in cold water. It should be clarified that a Bass’s metabolism slows significantly once the water temperature reaches below 50 degrees, but much of the Fall, Spring and even Winter in Texas allows for temperatures in which Bass remain active and begin to put on weight better than they do in the excessive heat of the Texas Summer. This is no accident and happens as a function of biological design. Just as a bear knows to stock up on food before hibernation, Bass intuitively know to stock up on food before one of the most important yearly moments of its adult life: Spawning season. Spawning season requires so much energetic investment into offspring, both through creation of eggs, the process of spawning and then the care of the eggs once they are laid in the spawning bed. This spawning period happens usually whenever the water temperature in a lake or pond reaches around 60 degrees, which means that the spawning season of Bass is directly determined by the temperature of the water body that they’re in. During spawning season, Bass eat minimally and often lose weight. In order to have a successful spawning season, Bass will feed intensely leading up to spawning season (with the exception of short periods where the water temperature drops below 50 degrees).

This long portion of the year is ideal for adding forage fish so that you can take advantage of the period when Bass traditionally put on the most size as well as for other reasons I have mentioned in previous newsletters, such as ease of transport during cooler periods. Often, our favorite recommendation for the cooler months is to add 4 inch Rainbow Trout to ponds and lakes. As mentioned in the February 2021 newsletter, Rainbow Trout are an excellent high protein forage species for Bass that can survive during the cooler months in Texas and help get Bass prepared for spawning season. But really, adding any forage species in the Fall is a great way to take full advantage of Bass that are more exploratory and active throughout the water body during a long stretch where water temperatures often fall between 50 and 79 degrees.

As we are still in a period of doing a great many electrofishing surveys, it is also worth pointing out that because fish undergo seasonal relative weight fluctuations, having small increases or decreases in your relative weights from one electrofishing survey to the next may not be reason to panic. For example, if you had a survey done in early Spring right before your Bass spawned and then did a survey in early Fall, when Bass just began to be more active after being more focused on staying within their upper thermal threshold than on food during the summer months (i.e. staying in shady/deep areas), you could see a “problem” that does not necessarily exist. For example, provided that change is small and your forage species populations are well established, a decrease in your relative weights could be not cause for concern, though it is best to leave it to us to analyze the data and come to our own conclusions about the trends of your Bass population.